In 1879, Thomas Edison invented the first practical lightbulb. The main problem he faced was in finding a filament that would glow, but not burn out too quickly. To find it, he tried more than 6000 different substances that had some promise as filaments. The one he found was carbonized cotton, which worked far better than all the others (tungsten, which we use now, came much later).

Of course, the incandescent light changed the world. It replaced far more expensive gas lighting systems, and was much more versatile. The lightbulb captured the evening and nighttime hours for every kind of human activity. 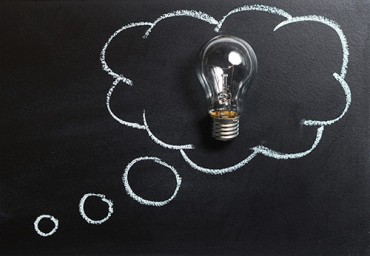 Yet if the lightbulb had been an educational innovation, it probably would have been proclaimed a dismal failure. Skeptics would have noted that only one out of six thousand filaments worked. Meta-analysts would have averaged the effect sizes for all 6000 experiments and concluded that the average effect size across the 6000 filaments was only +0.000000001. Hardly worthwhile. If Edison’s experiments were funded by government, politicians would have complained that 5,999 of Edison’s filaments were a total waste of taxpayers’ money. Economists would have computed benefit-cost ratios and concluded that even if Edison’s light worked, the cost of making the first one was astronomical, not to mention the untold cost of setting up electrical generation and wiring systems.

This is all ridiculous, you must be saying. But in the world of evidence-based education, comparable things happen all the time. In 2003, Borman et al. did a meta-analysis of 300 studies of 29 comprehensive (whole-school) reform designs. They identified three as having solid evidence of effectiveness. Rather than celebrating and disseminating those three (and continuing research and development to identify more of them), the U.S. Congress ended its funding for dissemination of comprehensive school reform programs. Turn out the light before you leave, Mr. Edison!

Another common practice in education is to do meta-analyses averaging outcomes across an entire category of programs or policies, and ignoring the fact that some distinctively different and far more effective programs are swallowed up in the averages. A good example is charter schools. Large-scale meta-analyses by Stanford’s CREDO (2013) found that the average effect sizes for charter schools are effectively zero. A 2015 analysis found better, but still very small effect sizes in urban districts (ES = +0.04 in reading, +0.05 in math). The What Works Clearinghouse published a 2010 review that found slight negative effects of middle school charters. These findings are useful in disabusing us of the idea that charter schools are magic, and get positive outcomes just because they are charter schools. However, they do nothing to tell us about extraordinary charter schools using methods that other schools (perhaps including non-charters) could also use. There is more positive evidence relating to “no-excuses” schools, such as KIPP and Success Academies, but among the thousands of charters that now exist, is this the only type of charter worth replicating? There must be some bright lights among all these bulbs.

As a third example, there are now many tutoring programs used in elementary reading and math with struggling learners. The average effect sizes for all forms of tutoring average about +0.30, in both reading and math. But there are reading tutoring approaches with effect sizes of +0.50 or more. If these programs are readily available, why would schools adopt programs less effective than the best? The average is useful for research purposes, and there are always considerations of costs and availability, but I would think any school would want to ignore the average for all types of programs and look into the ones that can do the most for their kids, at a reasonable cost.

I’ve often heard teachers and principals point out that “parents send us the best kids they have.” Yes they do, and for this reason it is our responsibility as educators to give those kids the best programs we can. We often describe educating students as enlightening them, or lifting the lamp of learning, or fiat lux. Perhaps the best way to fiat a little more lux is to take a page from Edison, the great luxmeister: Experiment tirelessly until we find what works. Then use the best we have.

One thought on “Why Not the Best?”