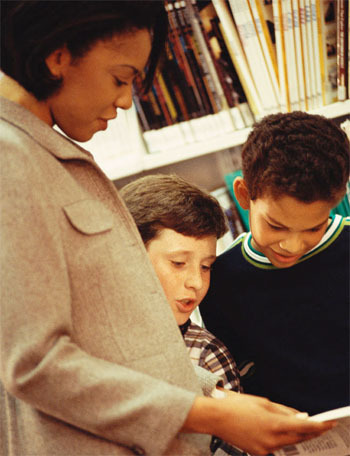 In big city school districts, the average superintendent only lasts for three years. That means that most barely find out what’s going on before they’re going elsewhere. There are good and capable people who are willing and able to serve as superintendents, but political turmoil, fractious school boards, and other factors make the job virtually impossible in many cities, which might as well install a revolving door in the superintendent’s office.

Yet despite their own experiences and those they know of in other city districts, urban school districts across the U.S. endlessly and even eagerly welcome new superintendents and expect them to trot into town on a great charger and slay all the dragons that the previous twenty-seven knights failed to slay. The result is constant churn at the top, which undermines any momentum toward reform that might otherwise develop. New superintendents frequently discard reforms introduced by their predecessor, so they can replace them with their own reforms. Yet none of the reforms have time to work, and little is learned from one superintendent to the next.

The problem is the system. It vests enormous power in superintendents and school boards, which are the least stable part of the system.

Things do not have to work this way. In England, where I work part time, head teachers (principals) have far greater autonomy and power, and local authority directors (superintendents) have far less. Each school has its own governing board, which hires the head teacher. The national government plays a stronger role in England than it does in the U.S., so local head teachers pay a lot of attention to national policies, but much less to their local leadership.

Why might such a system be beneficial in the U.S., or within states? Mainly, it would reduce the churn. Unlike superintendents, principals in the U.S. spend a long time in their districts, perhaps their entire career. They may move from school to school locally, but they know about and care about their communities.

In England, students can attend any school that has room for them, so there is a competition for the best head teachers, who want to establish a strong reputation for competence and effectiveness in their area. Yet head teachers (like principals in the U.S.) are usually below the radar in city politics. A U.S. system that expands principals’ authority and independence could take schools out of the daily struggles in city politics and press.

Perhaps most importantly, enhancing school autonomy could allow school leaders to make essential choices of programs, materials, software, and so on, perhaps based on evidence of effectiveness (if national or state governments encouraged and incentivized them to do so). Choices of schoolwide programs should be made by principals, teachers, and parents, according to the needs and resources of the local community. Among other things, making such choices at the school level increases the chances that school staff will implement their chosen programs with fidelity, enthusiasm, and care.

One could imagine a structure in which school staffs might select among proven whole-school reform models and then affiliate with like-minded peers in regional or national networks. Local districts might remain responsible for buildings and busses, but the key practices of the school might be based on a common philosophy and identification with high-status networks, each of which provides professional development and materials proven to make a substantial difference in student outcomes.

Evidence-based reform would work better in a system emphasizing greater school autonomy, because the people choosing proven programs are the ones held accountable for their outcomes. Principals and their staffs should have opportunities to choose among proven programs and then implement the heck out of them, affiliating with peers who serve similar communities and hold similar values, rather than being directed by one superintendent after another to do whatever each wants to do.

Principals and teachers, not superintendents, are the permanent source of professionalism, committed to the success of the children in a local area. Effective systems should build on their strengths. 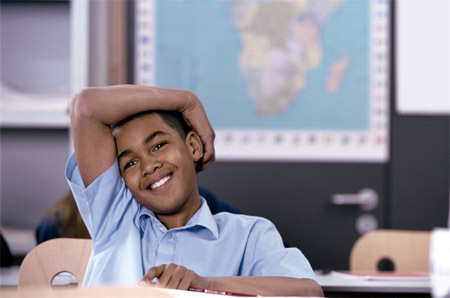 I just read a fascinating book, Restoring Opportunity, by Greg Duncan and Richard Murnane.. It describes the now-familiar problems of growing inequality in America between the educational haves and have-nots, but then goes on to describe some outstanding preschool, elementary, and high school programs that may offer models of how to help disadvantaged children close the gap. Refreshingly, Duncan and Murnane do not stop with heartwarming tales of successful schools, but also present data from randomized experiments showing the impacts on children, especially for the small high school initiative in New York City and the University of Chicago Charter Network.

From these and other examples, Duncan and Murnane derive some factors common to outstanding schools: Accountability for outcomes within schools, extensive professional development and support for teachers, and experimentation and evaluation to identify effective models.

Readers of this blog won’t be surprised to learn that I support each of these recommendations. So let’s start there. How do we get more than 100,000 schools to become markedly more effective? Or to make the problem a little easier, how about just the 55,000 Title I schools?

Duncan and Murnane are forthright about many of the solutions that aren’t likely to make a widescale difference. They note that while there are a few promising charter management organizations, charters overall are not generally being found to improve learning outcomes, and some of the most celebrated charters achieve good results by burning out young, talented teachers, a strategy that is hard to sustain and harder to scale. Popular solutions such as ratcheting up accountability, providing vouchers, and changing governance have also been disappointing in evaluations.

There is a strategy that puts all of Duncan and Murnane’s principles into practice on a very large scale: Comprehensive school reform. They note the strong evaluation results and widespread impact of two CSR models, one of which is our Success for All programfor elementary and middle schools. CSR models exemplify the principles Duncan and Murnane arrive at, but they can do so at a substantial scale. That is, they invariably provide a great deal of professional development and support to teachers, accountability for outcomes within schools, links to parents, provisions for struggling students, and so on. Unlike charters, CSR models do not require radical changes in governance, which explains why they have been able to go to substantial scale far more rapidly.

The only problem with comprehensive school reform models is that at present, there are too few to choose from. Yet with support from government and foundations, this could rapidly change.

Imagine a situation in which Title I school staffs could choose among proven, whole-school reform models the one they thought best for their needs. The schools themselves and the leaders of their CSR reform networks would be responsible for the progress of children on state standards, but otherwise these schools would be free to implement their proven models with fidelity, without having to juggle district and CSR requirements.

Such a strategy could accomplish the goals Duncan and Murnane outline in thousands of schools, enough to make real inroads in the problems of inequity they so articulately identify.