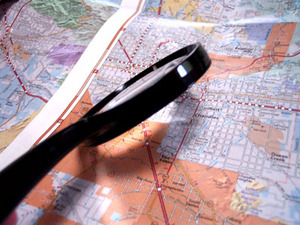 In conversations about evidence-based reform, I often hear the objection that “we don’t really know how to take proven innovations to scale” or that “in order for schools or districts to adopt innovations, they must have a central role in creating and disseminating them locally.”

These assumptions turn out to be false. There are in fact many instances in which programs not developed by the educators using them have been widely and enthusiastically adopted by schools all over the U.S.

The program made “developer-dissemination” grants (at about $25,000 per year) to developers of promising programs. State facilitators were established in each state to promote the use of the appropriate programs. By the end of the NDN funding, thousands of schools were using one of more than 500 programs.

Comprehensive School Reform (CSR)
Beginning in 1991, a coalition of large corporations established New American Schools (NAS) to help fund innovators to create comprehensive whole-school reform models. Out of 700 applications, 11 were initially selected, and 7 of these were maintained after initial testing. These models began to be used in hundreds of school collectively. NAS helped identify target districts in which they held “effective methods fairs.” Hundreds of principals, teachers, and school board members came to learn about the models. They could ask representatives of one or more models to present at their schools. They then had a chance to contract with the models they chose. Starting in 1998, the Obey-Porter Act in Congress established incentive funding of at least $50,000 per year for three years for schools to implement comprehensive school reforms of their choice. This caused an outpouring of interest both in the NAS models and in others that were assembled to resemble NAS models. Within a few years, there were more than 2500 Title I schools receiving CSR funding and another 3500 schools adopting these models without CSR funding, mostly using existing Title I funds.

Evaluations of the CSR models began in the 1990s and continued into the early 2000s. They found consistent positive effects for some of the programs, especially the Comer School Development Program, America’s Choice, Modern Red Schoolhouse, and our Success for All program. Obey-Porter funding ended in 2003, but many of the school programs continued without Obey-Porter for many years, up to the present.

Investing in Innovation (i3)
The election of Barack Obama in 2008 brought in an administration eager to expand the use of research-proven programs in education and other fields. In a program called Investing in Innovation (i3), $650 million was set aside to fund educational programs in one of three categories: scale-up, validation, or development. To qualify for scale-up grants, programs had to have strong, positive, replicated outcomes in rigorous evaluations. Validation required a single positive study, and development grants only required a strong theory of action. Scale-up grantees received $50 million over five years to evaluate and scale-up their reforms, while validation projects received $30 million and development projects $5 million. A total of 47 programs, including 4 scale-up projects (Success for All, Reading Recovery, KIPP, and Teach for America) received funding in the first round. In years after the first, annual i3 funding was dropped to $150 million, and grants in each category were cut in half. After four rounds of funding, 77 development, 35 validation, and 5 scale-up projects have been funded. It is too early to say how these grants will work, but scale-up and validation projects are working in hundreds of additional schools under i3 funding and are developing capacity to do more. All of the programs will be rigorously evaluated by third-party evaluators.

NDN, CSR, and i3 have established beyond any doubt that:

1. With encouragement and modest funding, thousands of schools will eagerly adopt research-based programs.
2. Organizations willing and able to support school adoptions nationally will come forward and operate effectively if government helps schools with initial funding barriers.
3. Many whole-school reform models have developed strong evidence of effectiveness, but a strong evidence base without government encouragement and incentives does not lead to robust adoptions.
4. The idea that whole-school reforms must be created by the schools that use them has clearly been disproved. Schools are willing and able to adopt proven programs developed elsewhere if they can afford them.

As reforms in federal education programs such as Title I, School Improvement Grants, and Race to the Top go forward, it makes sense to continue to develop, evaluate, and disseminate whole-school reform models. This approach can expand rapidly while maintaining quality at scale and can improve outcomes for millions of disadvantaged children.

Do you have information you want to share with HuffPost? Here’s how.