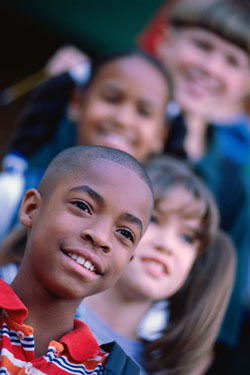 Sooner or later, schools throughout the U.S. and other countries will be making informed choices among proven programs and practices, implementing them with care and fidelity, and thereby improving outcomes for their children. Because of this, government, foundations, and for-profit organizations will be creating, evaluating, and disseminating proven programs to meet high standards of evidence required by schools and their funders. The consequences of this shift to evidence-based reform will be profound immediately and even more profound over time, as larger numbers of schools and districts come to embrace evidence-based reform and as more proven programs are created and disseminated.

Where will this revolution begin? I have little doubt that it will begin among America’s roughly 51,500 Title I schools, especially the perhaps 34,000 high-poverty schools that qualify to use Title I funding schoolwide. Why are Title I schools the natural seedbed for reform? There are several reasons:

1. These schools perceive the need for better programs. Because Title I schools, especially schoolwide, serve disadvantaged populations, they are under particular accountability pressure to improve outcomes.

2. They have money dedicated to improving outcomes. With total national funding of about $15 billion, the average Title I school gets about $300,000 a year, which (in normal times) cannot be used for ordinary teacher salaries, books, and other routine expenses. These same schools may also qualify for other funding based on their disadvantaged populations. Wealthier schools usually have a lot more money per student, but it is typically already tied up in higher salaries, better facilities, and so on, and is not as available for reform.

In principle, evidence-based reform is needed in all schools, secondary as well as elementary, middle class as well as disadvantaged. Yet the evidence revolution seems sure to begin with the schools with the greatest funding, flexibility, and orientation toward innovation, and these are likely to be Title I schools. Further, Title I needs a new reason to excite educators, policymakers, and the public. To do this, Title I schools need to create a reputation as the place to teach when you want to be up to date, using state of the art methods. They need to be seen as the tip of the spear in innovation and reform. All of this can happen, but it will require a new vision of Title I and new incentives for Title I schools to use proven programs and to participate in research.

Title I is politically popular, because it goes to schools in the great majority of jurisdictions. Let’s make it popular for an additional reason: because Title I schools are where you go to see a vision of the achievable future. 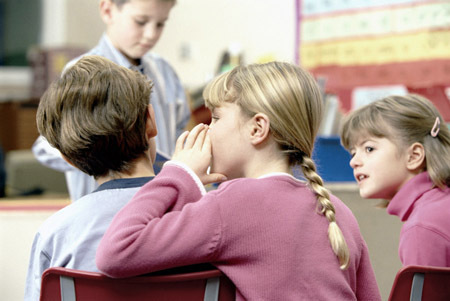 Discussions about evidence-based reform in education often founder on the question of financing. Who is going to provide the funding necessary to help schools adopt proven programs?

There are some areas in which additional funding might be necessary, which I’ll address in a moment. But the most important federal action to promote adoption of proven programs is to encourage schools and districts to use existing federal funding in this way. In particular, leaders of high-poverty schools constantly sniff the wind to be aware of what the feds want them to do. If the feds say “Wink wink nudge nudge, use proven programs,” high-poverty schools will get a lot more interested in what these are and how they can get ahold of them. Beyond winks and nudges, the feds and state leaders can offer a few competitive preference points to proposals that promise to adopt and effectively implement proven programs. Again, if government is handing out discretionary money based on local proposals, it costs nothing to nudge these proposals toward proven programs.

Of course, government funding is needed to help develop and evaluate promising programs, and sometimes to provide incentive or start-up funding to help schools or districts adopt them. But the really big money, like Title I and Race to the Top and School Improvement Grants, is what should be phasing toward support for proven approaches, and with a wink, a nudge, some competitive preference points, and an ever-growing set of proven programs from which schools may choose, our system of schooling can become far more effective over time, especially for the struggling schools that receive the largest amounts of federal funding.