On Tuesday, Brown v. Board of Education turned 62. In 1979, when the Brown decision was celebrating its 25th anniversary, I wrote an article about the Social Scientists’ Statement submitted as part of Brown v. Board of Education. Brown v. Board of Education, of course, ordered the desegregation of America’s schools “with all deliberate speed.” Deliberate indeed. As reported in a recent Government Accountability Office (GAO) study, segregation of African-American and Hispanic students has increased, not decreased, over the past 15 years. Worse, schools with concentrations of minority students suffer from low funding and few other resources, and they have difficulty attracting and maintaining qualified staff.

The problem is not new, but it has gone underground. After the wars over bussing in the 1970s and ‘80s, concern for school desegregation has been replaced with vague commitments to improve the schools attended by minority students.

The Social Scientists’ Statement was evidence submitted to the Supreme Court noting that desegregation was going to work a lot better at building positive intergroup relations and respect if schools adopted teaching strategies that emphasized cooperative learning, which would give students opportunities to get to know each other as individuals. I wrote my article on this topic in the Minneapolis Public Library, where I happened to have time on my hands. I wrote at a table near a window. Outside the window was a playground in which little African-American and White children were gleefully playing. It was impossible to imagine that 37 years in the future, when those little children would have children of their own, the problems I was writing about would still exist, and would be getting worse.

To be fair, race relations are far better now than they were in 1979, and by many measures minority groups have advanced economically, educationally, and socially. Yet segregation continues to rise, and inequalities continue to grow.

The solution is straightforward, and attainable: Dramatically improve schools and expand economic opportunity to the point where there is no stigma to minority status. We have a lot of evidence about how to improve the school performance of all students. If we invested in these strategies, and in equally proven policies for expanding job opportunities, poverty and inequality would diminish, and segregation would soon follow. It would take a generation or two but there is no question that it could be done.

Could someone explain to me why we don’t get started now? What problem for the social stability and basic fairness of our nation could be more important?

The tragic events of recent weeks could have happened in any big city in America. Rough treatment of minorities by police is hardly unique to Baltimore. Serious injuries and deaths are an all-too-common result. This is not to disparage individual law enforcement officers, who have to negotiate a complex and often hostile set of relationships that are not of their making. But again, this is not unique to Baltimore. After Ferguson, and New York, and North Charleston, a spark was bound to ignite somewhere, and that place happened to be Baltimore.

I have lived in Baltimore for more than 40 years. My wife and I have raised three children adopted from South America. One of them identifies himself as black. For years, he has told us stories of police harassment, being pulled over for “driving while black,” and being suspected of crimes he could not have committed. This is reality. I do not think there is any parent of a black child who does not understand this to be true, and who does not fear that an innocent act, a taunting remark, or simply being in the wrong place at the wrong time could end up with real harm at the hands of the police.

But this reality exists in every big city. Why was Baltimore the flashpoint?

One reason, ironically, is that Baltimore has been getting better. A down-at-the-heels port city in the 1970s, it is now improving economically, socially, and physically. Also, almost the entire power structure of the city is African-American. This includes the mayor, police chief, state’s attorney, and other leaders. An African-American middle class is growing rapidly but moving to the suburbs. Other middle-class people are moving into city neighborhoods and adding vitality and new businesses.

However, the people left in the inner city are not benefitting from all of this change. Many are unemployed or underemployed. Too many are dropouts or have such poor basic skills that they can only qualify for low-level jobs.

The anger and frustration of many Baltimoreans is understandable. They see people all around them, including people who look like them, entering the middle class. But from their point of view, the American dream remains unattainable.

My colleagues and I work in the schools that serve the very communities affected by the recent disturbances. The children who come to these schools start off bright-eyed and bushy-tailed, full of enthusiasm and confidence, like children everywhere. But then all too many of them experience failure. And all that motivation drains away. The majority of fourth graders read below the “basic” level on NAEP Reading. Poor reading skills make it almost impossible for children to grow up with confidence, graduate from high school, and go on to college or high-paying jobs.

None of this is surprising to any educator. But here is what should be infuriating: School failure is preventable. With every passing year we gain increasing evidence that virtually all children can learn to read and to succeed in other subjects. Using EDGAR standards, I count 28 elementary reading programs ready for use today that have at least moderate evidence of effectiveness. Yet none of these is used broadly enough to solve the reading problem in high-poverty schools. There is no reason that every Title I school in America should not be using proven programs.

The smoke rising over Baltimore in recent days is a signal to the whole country. Until we make opportunities available to all and treat everyone with respect and dignity, we can expect the frustrations of those who are shut out to boil over. Many things need to change, but one of the most fundamental is also among the easiest: Make sure that every child, whatever his or her background, learns to become a successful and confident reader. We know how to do it. Now let’s do it. 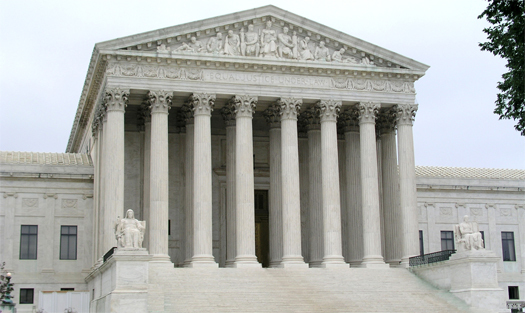 2014 is the anniversary of two great milestones in American history: Brown vs. Board of Education (1954) and the Civil Rights Act (1964). I was too young to remember the first, but I remember exactly where I was when I heard that the Civil Rights Act had passed. I was 13, working as a volunteer in a giant orphanage in Washington, DC, called Junior Village. The kids, hundreds of them from babies to teens, were all African American, and so was most of the staff, plus a few liberal whites, so the news was greeted with euphoria. That summer changed my life.

Many people are writing to commemorate these great events, always with a question of how far we’ve really come toward the fairness and equality promised both by Brown and by the Civil Rights Act. Anyone with eyes to see has to acknowledge the progress that has taken place, but also the huge inequities that still remain.

I won’t add to the half-hurrahs being widely offered. During the time since Brown and the Civil Rights Act, we, the greatest nation on Earth, rocketed to the moon, cured many diseases, led astonishing developments in technology, defeated the Soviets, and on and on. And yet we still struggle to solve the most basic issues of equality between racial and ethnic groups: employment, education, health, and more. If inequality were merely a technical problem, we would have solved it. But it’s a problem of will, and therefore we consider the unacceptable acceptable. For shame.

In my own field, education, the “gap” between white students and African American and Hispanic children is always decried but never solved. It has remained about the same since 1980. Could we solve it? Could anyone doubt that the greatest nation on the planet could solve such a problem if it wanted to?

If we were truly committed to solving this problem, here is what we’d do. First, we’d identify all of the problems holding back minority students. Then we’d put in place solutions already known to be effective. We’d then commission research and development on the scale of the Manhattan Project to find effective, replicable solutions to the remaining problems. As approaches are validated in rigorous evaluations, we’d put them into practice in all schools that need them. We’d do the same in public health, mental health, social services, juvenile justice, employment, housing, and every other area that affects children and families. If America decided to do these things, it would succeed. There is no doubt. But did you notice the word “if” at the beginning of this paragraph?

America is an incredibly wealthy and capable country. Just as one example, we spent more than $2 trillion on the Iraq war. It did not even cause taxes to go up. We could have spent that much to combat inequality. We still could, and it would actually cost far less. But we have, thus far at least, chosen not to.

Even in dysfunctional Washington, we can still make progress in learning how to use the funds we already have committed to education and other services more effectively. Progressives and conservatives share an interest in using federal funds efficiently, and bipartisan alliances are coalescing to find out what works and use that information to make good policy choices that may eventually reduce achievement gaps. That’s the realistic grown-up me talking. The hopeful 13-year-old who celebrated the Civil Rights Act has confronted reality.

But can anyone explain to me why we shouldn’t be achieving what everyone knows can be achieved to bring about true equality and opportunity for all?