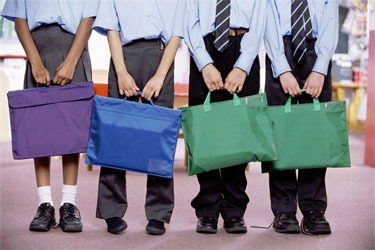 In the October 23 New York Times, Thomas Friedman once again extols the accomplishments of schools in Shanghai, which (as a city) performed better than any country on the 2009 PISA (Program for International Student Assessments). He reports on a visit to an outstanding school there to find its secret. The secret, he says, is no secret: A relentless focus on teacher training, peer planning among teachers, and 30% of the school day to carry out this planning. The schools have high standards, parents are deeply involved, and the whole culture prizes education and values teachers. Friedman’s point, to his American audience, is of course that if we do not do what Shanghai is doing, China will soon overtake the West economically as it has educationally.

There is both sense and nonsense in Friedman’s argument. It is surely the case that American schools need to improve outcomes for all students, and that this will ultimately affect our economy and our future. I also agree that improving teacher professional development is the best way toward widespread gains in student outcomes.

The nonsense in Friedman’s article is, however, striking. First, glittering Shanghai is extremely unrepresentative of the rest of China. As one indicator, 80% of Shanghai children graduate from high school and go on to postsecondary education, according to my friend Alan Cheung of the Chinese University of Hong Kong. The proportion in all of China is 25%. Shanghai has strict rules, designed to control its burgeoning population, that forbid poor families from rural areas from sending their children to school there. Migrant families routinely send their children to stay with their grandparents in their home villages so they can go to school.

The degree to which Shanghai and a few other big cities are not representative of China goes beyond the numbers. Dr. Cheung, in addition to studying education in China, also runs a foundation that delivers free books to schools in rural China. Volunteers deliver the books to the schools on bicycles.

Putting forward Shanghai, and only Shanghai, to represent China on the PISA tests is just a bit misleading. If the U. S. could just put forth Massachusetts, our wealthiest and highest-achieving state, we’d also have scores among the best in the world, as was illustrated in the recent TIMMS testing in math and science.

One reason for their outstanding performance is that students in relatively rich Shanghai routinely spend a lot of their out-of-school time prepping for tests in cram schools. It seems likely that students who spend a substantial time learning how to take tests might also do well on PISA. Further, I have to point out something blindingly obvious. Chinese-American students in the U.S. also do exceptionally well. I once saw statistics indicating that the international test scores of Japanese students in Japan were slightly lower than those of Asian students in the U.S. (this was at a time when the press was in a froth about Japan rather than China).

The idea that China’s educational excellence will soon lead it to overtake the West economically is, well, preposterous. The average gross domestic product per person in China, according to the World Bank, is $9,233 less than Albania, Tunisia, or Ecuador. Perhaps we should start getting concerned when they pass Botswana ($16,321) or Mexico ($16,731), but it will be a long time before they will rival the U.S. ($49,965) or its developed partners. China has been experiencing the rapid growth spurt seen by many countries when their low wages make them attractive for foreign companies, but this form of growth cannot last, as increasing wealth leads to increasing wages, and other poor countries become more attractive. China may someday follow the path from low-wage competitive advantage to higher-wage stability placed by countries such as Japan and Korea, but this would take a very, very long time.

It may well be that the practices typical in Shanghai, and elsewhere in Asia, could benefit American schools, and it’s always useful to look at what other countries do as a source of ideas for the U.S. But it is never wise to jump to the assumption that high-achieving countries, cities, or schools obtained their success due to any particular practices. What is necessary is to take promising ideas from any source and put them to the test in American schools, conduct evaluations (preferably using random assignment) to compare the schools utilizing the new practice to control schools that continue doing what they’ve done in the past, and then, if the new practices work, disseminate them for the benefit of all our schools and students. But we cannot simply assume that a practice that works in one country will automatically work elsewhere.

Because Friedman is a great writer, has a liberal travel budget, and has a regular column in the New York Times, he has the opportunity to tell Americans on a regular basis about all the educational wonders of far-away places. I wish someone had similar resources to tell the stories of home-grown programs of all kinds proven to work in the U.S., which New York Times readers never hear about. You don’t need to go to Shanghai to see outstanding schools obtaining terrific results; if you visit U.S. schools that use proven programs you’ll see that they are obtaining exceptional results with the children and under the circumstances we have in the U.S.