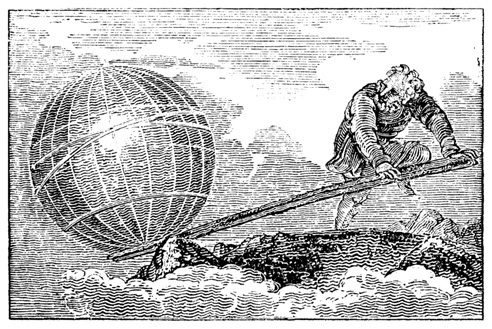 In my blog from two weeks ago, I discussed several exciting proposals in President Obama’s recent budget relating to increasing the role of evidence in education policy and practice. Today, I want to say more about one of these proposals, Leveraging What Works (LWW).

Leveraging What Works is deceptively simple. It offers grants totaling $100 million nationwide to school districts willing to use the grant, along with a portion of its formula funds — such as Title I and IDEA — to adopt proven programs that meet the “strong” or “moderate” level of evidence of effectiveness as defined in EDGAR.

Simple though it appears, Leveraging What Works would be revolutionary. Here’s why.

First, the program would generate a huge amount of interest. Winning LWW funding would be sought after avidly not only for the money itself but as a feather in the cap of innovative thought-leader districts. These districts will be eager to win the money and tell their stories. The whole process will create a positive “buzz” around the use of proven programs.

Because of the money and the positive buzz, many more districts will apply for LWW funding than can be funded. Yet having looked at the range of proven programs available to them, many of these districts will choose to adopt proven programs using their formula funding even without the LWW grant. This is exactly what happened with the Obey-Porter Comprehensive School Reform Demonstration Act (CSR) of the late 1990’s. Thousands of schools applied for modest grants to help them adopt whole-school models, and each year, hundreds of schools that were turned down for grant funding adopted CSR models anyway, using other funding.

Leveraging What Works could revive the idea that formula funding can be the fuel for innovation rather than just a mainstay of the status quo. Let’s be honest: It’s been a long time since Title I has been considered sexy. LWW could energize Title I advocates and those who want schools to have the freedom to choose what works to improve outcomes for children. Title I needs to move from a compliance mindset to an innovation mindset, and LWW could help make this happen. It could help establish Title I schools as the places where up-and-coming teachers and administrators want to be, because those are the schools that get the first crack at the latest proven innovations.

Leveraging What Works would also energize the world of research and development, and the funders of R&D within and outside government. They would see programs proven in rigorous research being eagerly adopted by schools nationwide, and seeing the clear connection between research, development, and practice, they would redouble their efforts to create and evaluate promising, replicable programs of all kinds.

Until recently, it would have been difficult to justify an initiative like Leveraging What Works, but thanks to Investing in Innovation (i3), IES, NSF, and other funders, the number of proven programs is growing. For example, I recently counted 28 elementary reading approaches, from tutoring to whole-school reform, that should meet the EDGAR standards, and more are qualifying every year. Every one of these is actively disseminating its methods and is ready to grow.

One curious aspect of the Leveraging What Works proposal is that it provides incentives for the use of formula funding to adopt proven programs but does not provide similar incentives for adopting proven programs using competitive grants. When competitive grants are offered to schools, districts, or states, it would be easy to incentivize the use of proven programs by giving preference points to proposals that commit to using them. For example, proposals might get four extra points for choosing a program that meets the EDGAR “strong” definition, and two points for choosing a program meeting the EDGAR “moderate” definition, as I’ve argued before. It may be that this strategy was left out of the budget proposal because it does not really cost anything, so I hope it will be part of the administration’s plans whatever happens with LWW.

The Greek mathematician Archimedes said, “Give me a lever long enough and a fulcrum on which to place it and I’ll move the Earth.” Leveraging What Works could be such a lever, a modest investment with potential to make a meaningful difference in the lives of millions of children.

With the results of the mid-term elections just behind us, it is time to think about the opportunities and challenges for education policy in the next two years and beyond. At the top level gridlock is sure to continue, but much progress remains possible if the administration and congressional leaders can cooperate in areas where they fundamentally agree. These include a shared belief that American education cannot be complacent, but must continue to advance by helping teachers, districts and school leaders raise standards, improve teaching and learning, and make wise choices for children based on the best available evidence. Here are some specific actions I’d suggest to accomplish these goals.

1. Maintain the Investing in Innovation (i3) Program and other sources of evidence
Investing in Innovation (i3) is a U. S. Department of Education program that funds development, evaluation, and dissemination of proven programs for all of grades pre-k to 12. In a policy environment emphasizing local schools’ right to choose their path to success, i3 offers information on “what works” that is essential in a system moving from government mandates to local control. Just as Department of Agriculture-funded research has long provided information but not direction to farmers, i3, the Institute of Education Sciences (IES), and other agencies are providing information for informed decision-making in education.

2. Encourage use of proven programs
Where the federal government continues to fund programs of assistance to schools such as Title I, educators should be encouraged to use programs and practices with strong evidence of effectiveness. This encouragement could include modest incentives in competitive grants (such as a few preference points) or modest additional funds in formula grants if grantees agree to use a portion of their formula grants (such as Title I) on proven programs.

3. Maintain and upgrade the What Works Clearinghouse
The What Works Clearinghouse provides information on the strength of evidence supporting various educational programs. It is not as user-friendly as it might be, and it needs to be revamped to focus on pragmatic programs with impacts on measures that matter. However, for evidence to matter in a system of informed local choice, something much like the WWC is needed.

While there are many issues on which the Congress and the administration will disagree, I hope and expect that they will agree that every federal dollar spent on education should make the largest possible difference for children. Investments designed to create, evaluate, and disseminate effective approaches have to be central to any strategy intended to help educators improve outcomes among all schools. Our children can’t wait for better educational programs and practices. They need them now. This is something that all people of good will can agree on. 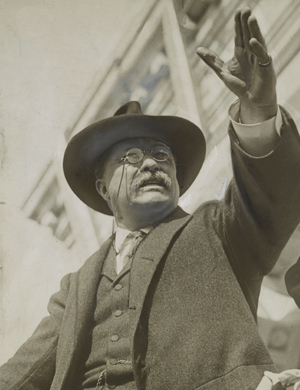 Title I, the 800-pound gorilla of federal education policy, spends $15 billion a year to help high-poverty schools enhance outcomes for their students. The greatest victory for evidence-based reform would be for the roughly 51,500 Title I schools to make far greater use of programs known to enhance student learning, benefitting millions of at-risk children throughout the U.S. Yet because Title I is a formula grant, it is difficult for federal policy to increase use of proven approaches. Competitive grants can provide preference points for using proven models, as I’ve argued before, but in formula grants, it is more difficult to nudge educational leaders toward use of proven programs, since they will receive their money as long as they follow the rules.

One solution to this problem might be to borrow President Theodore Roosevelt’s conception of the presidency as a “bully pulpit.” In other words, even during a time of congressional gridlock, it is possible for the administration to promote the use of proven approaches, even in formula grants, at little or no cost.

The first thing the U.S. Department of Education would have to do is to review all the programs in the What Works Clearinghouse according to the simpler, clearer standards in the EDGAR regulations. Someone would then have to prune the resulting lists of programs, identifying programs that meet the EDGAR standards for “strong” and “moderate” levels of evidence to remove programs that no longer exist or that do not have anyone providing training and materials similar to those provided in the successful studies. The remaining programs would represent a good starting list of programs that, if implemented well, would be likely to have positive impacts on student achievement.

Department officials could then publicize this list in many ways. Certainly, they could create a web site showing the programs and the evidence behind them and linking to the programs’ web sites. They might sponsor “effective methods fairs” around the U.S. to demonstrate programs available for schools and districts to choose. They might distribute certificates to schools that adopt proven programs and then implement them with fidelity, as certified by the developers.

These strategies and others could arouse widespread interest in proven programs, and help school leaders make a wide array of choices of programs appropriate to their needs.

If funds became available, the Department might provide modest incentive grants to help schools supplement the start-up costs of proven programs. But even without special incentive funding, schools should be able to make choices from among programs known to be likely to help them succeed with their children, using their existing Title I funds.

A creative “bully pulpit” policy might begin a process of expanding use of existing proven programs, encouraging creation and evaluation of new ones, and increasing sophistication in choosing how to spend federal resources. All of this could be accomplished for nearly nothing, while gradually moving the $15 billion in Title I toward more effective uses. Over time, such a policy would also encourage developers and researchers to create and evaluate programs likely to meet EDGAR standards, and it could help build political support for investments in R&D that ultimately result in better outcomes for children on a broad scale.

A “bully pulpit” strategy would still need to be accompanied by policies of providing incentives to adopt proven programs in competitive grants, and with continued support for the R&D pipeline, such as that provided by Investing in Innovation (i3), the Institute of Education Sciences (IES), and the National Science Foundation (NSF). However, development and research in education have to go beyond R&D; they need to be seen as a routine, growing part of the world of educational practice and innovation.

*Photo courtesy of the Library of Congress