Education policy, goes an old saying, is like a storm at sea. Crashing waves, thunder, lightning, and cross-currents at the surface, but 10 fathoms down, nothing ever changes.

In our time, one of the epic storms in education relates to the Common Core State Standards (CCSS) and other college- and career-ready standards that resemble CCSS. Common Core was intended to move instructional practices and student outcomes toward problem-solving, higher-order thinking, and contextualized knowledge, and away from rote learning, memorization, and formulas. We are now five years into this reform. How is it changing what teachers actually do in the classroom?

Fortunately, there is a research center working to understand this question: the Center for Standards, Alignment, Instruction, and Learning (C-SAIL) at the University of Pennsylvania. C-SAIL, funded by the Institute of Education Sciences (IES) at the U.S. Department of Education, is carrying out several studies to examine how state policies more or less aligned with Common Core or college- and career-ready standards are changing teachers’ instruction.

Recently, C-SAIL researchers Adam Edgerton, Morgan Polikoff, and Laura Desimone, published an article on representative state-wide surveys of teachers in Kentucky, Ohio, and Texas. Kentucky and Ohio were early, enthusiastic adopters of Common Core, while Texas was one of just two states (with Virginia) that have always refused to adopt Common Core standards, giving up a shot at substantial Race to the Top grants for their obstinance. However, Texas has its own standards intended to be college-and career-ready.

In all three states, teachers reported teaching many objectives emphasized by their states’ standards, but a roughly equal number of objectives de-emphasized by the standards. This was true in reading and math and in elementary and secondary schools.

C-SAIL is doing studies in which they will obtain logs and other more detailed information on daily lessons. Perhaps they will find that teachers are increasingly teaching content aligned with their state standards. But from the C-SAIL survey, it seems unlikely that these differences will be profound enough to greatly affect students’ achievement, which is, after all, the ultimate goal.

There is a lot to admire in the Common Core and other college-and career-ready standards, and perhaps the best parts are in fact changing practices. However, turning around a country the size of the U.S., with 50 states, 14,000 school districts, 120,000 public schools, and a tradition of local autonomy is no easy feat. One big problem is that issues that rise to the stormy surface are buffeted by political currents, so they often don’t last long enough to make widespread change.

C-SAIL provides a useful service in monitoring how policy changes practice, so we can at least learn from the college-and career-ready standards movement (within which Common Core plays an important part). Journalists love to write about the crashing waves at the surface of education reform, but we need independent, scientific organizations like C-SAIL to tell us what’s really happening 10 fathoms down, where the kids are. 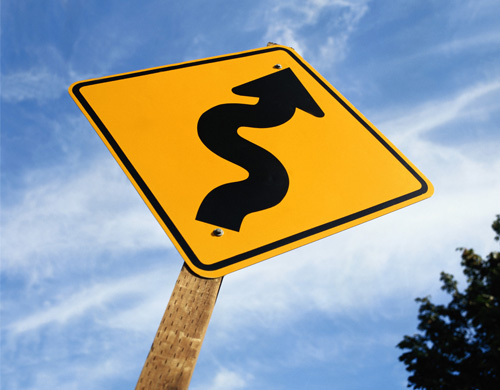 The Elementary and Secondary Education Act (ESEA), currently also known as No Child Left Behind (NCLB), the giant centerpiece of educational policy, is up for reauthorization. Again. What that means is that it’s time to revisit the act in order to make changes and improvements to the law. Of course, it was supposed to be reauthorized in 2007, but what with partisan politics, outside influences and the lack of any general consensus around the various efforts, Congress has yet to successfully reauthorize the legislation. As a result, national educational policy has been a patchwork of waivers, dodges, and weaves unworthy of a great nation. ESEA is the Eeyore of legislation: “I’ll probably never be reauthorized.” Or the Rodney Dangerfield: “I get no respect.” Or the Godot, for which we’ll be forever waiting.

This year, Congress is taking up ESEA reauthorization again, but the road ahead remains long and fraught with obstacles. The House version, introduced by Reps. John Kline (R-Minnesota) and Todd Rokita (R-Indiana), made it through the Education and Workforce Committee along strict party lines, yet in February it was pulled right before a vote by the full House, with many surmising that it just wasn’t conservative enough to garner the votes it would need to pass. This week, Sens. Lamar Alexander (R-Tennessee) and Patty Murray (D-Washington) released a bipartisan compromise bill that they hope will make it through the Senate. But the draft is still open to amendments by the members of the HELP Committee and then the full Senate, and whether a single bill can satisfy the demands and desires of the broad political spectrum entrenched in Washington right now is unclear. Even if ESEA does not get reauthorized this Congress, the process is a necessary step toward eventually creating a better bill. Each Congress, when ESEA is debated, progress is made, and sometimes that progress leads to positive changes even without a comprehensive agreement. But it would be nice to have a well-considered, widely supported law at the center of education policy.

On the other hand, there are several reasons that it may not be so awful to delay reauthorization until after the next presidential election. Beyond the hope that things might be less partisan by then, there are several positive developments underway that are not yet far enough along to be central to ESEA but could be given two more years.

The first, of course, is the evidence movement. Recent investments, such as Investing in Innovation and IES, have produced a broad set of proven and promising programs for schools. Schools are just starting to be encouraged to use proven programs with their federal funds, as in the evidence-proven, whole-school approach to school-improvement grants. Title II (professional development) has begun requiring grantees to have at least moderate evidence of effectiveness and gives a lot of competitive preference points for programs with strong evidence. President Obama’s budget proposal contained a provision called “Leveraging What Works,” providing schools with incentive funds if they use their formula funding to adopt proven programs. These changes are just happening now, too recently to affect ESEA. If they continue for two more years, they may have profound impacts on ESEA.

Another development is Common Core. This set of standards, and the computerized testing sometimes associated with them, are too new to be fully understood. In two years their potential role in ESEA will be better known.

Finally, technology is headed into our schools at an astonishing pace, yet we still are not clear about how to use it or what it will do. I’d be reluctant to build technology policies into ESEA before we really know more about what universal access to digital devices could accomplish.

Given how long No Child Left Behind has overstayed its welcome, it may be especially important to get the next reauthorization right. It could be with us for a very long time!

For 30 years, education policymakers have been promising that if we just had the right tests and the right accountability systems, our education outcomes would advance by leaps and bounds. Yet each stage of enthusiasm is followed by a period of disappointment, and then a new improved set of tests and accountability (and a shiny new set of promises). Texas, which has always been ahead of the curve in assessments and accountability, started its TAAS system in 1982, but remains near the bottom of all states on the National Assessment of Educational Progress (NAEP).

The latest enthusiasm about new tests may be justified, however. These are assessments drawn from the Common Core State Standards (CCSS). The CCSS are unique in several ways. First, they are national; even though there are assessments being developed by two large coalitions of states (excluding Alaska, Minnesota, Nebraska, Texas, and Virginia, which are not participating), all state systems will be guided by the CCSS, eliminating much of the wild variation from state to state in standards and assessments. Second, the standards anticipate a focus on higher-order thinking, problem solving, and inquiry, which will encourage teachers to focus more energy on that kind of teaching. Schools and districts are already doing widespread professional development for teachers and administrators on the new standards.

Evidence-based reform could benefit from the Common Core State Assessments if government and innovators make the right moves. First, with most states adopting similar Common Core-influenced assessments, developers and innovators can have some confidence that a curriculum they created and successfully evaluated in Maine would also fit standards in Arizona and Oregon. Second, the transition to common core will motivate district and state leaders to do a lot of professional development, and, if they are wise, they will see this as an opportunity to introduce proven programs and practices of all kinds (aligned with CCSS, of course.) For example, the Common Core Teaching Standards are very compatible with cooperative learning, so professional development for Common Core could also focus on proven strategies for cooperative learning. Adopting new standards and assessments does not automatically improve outcomes for students, but it can provide opportunities to improve teaching and learning. I hope policymakers will use this opportunity to invest in teachers. Improving standards and assessments is necessary and useful, but the bigger challenge is in helping teachers use proven teaching strategies every day.