In a recent blog I discussed six free and low-cost things that could be done in American education to produce substantial gains at little or no cost. One of these is particularly easy, perhaps shockingly easy in light of how effective it could be: Make better use of paraprofessionals.

Paraprofessionals, of course, are people without teaching certificates (usually) who work in schools. They are poorly paid and don’t get the respect they deserve, but schools spend an enormous amount on them. About 80 percent of Title I funds are spent on salaries and benefits, and much of this is for paraprofessionals. Non-Title I schools also hire a lot of paraprofessionals. Paraprofessionals do a lot of useful things in schools, such as helping teachers with discipline problems, materials, clean-up, and playground duty. They often circulate in classrooms and help out students having difficulties, and they may sit with students with special needs who need ongoing assistance.

The problem is that several studies in the U.S. and the U.K. have found no achievement benefits for paraprofessionals as they are used today. The famous Tennessee Class Size study compared class sizes of 25 to those of 15 and found that children in the early grades learned more in the smaller classes. Less famous are the results of another comparison in that same study, which found that adding a paraprofessional to a class of 25 added nothing to student learning. Teachers and principals argue that paraprofessionals at least make their jobs easier, and they certainly do. It would be wasteful to have certified teachers spending a lot of their time on bus or cafeteria duty. Yet paraprofessionals could be doing a lot more than freeing up teachers.

In contrast to research on ordinary uses of paraprofessionals, there is a great deal of research on one-to-one and one-to-small-group tutoring models, especially in reading, but also in math. Many of these successful models use paraprofessionals as tutors. The reading models that work are structured and phonetic, and require training and supervising the paraprofessionals, but they can be very effective for struggling readers. Our own research has developed computer-assisted tutoring models in reading that involve students working with each other in pairs. These programs are delivered to groups of 6-8 students at a time by ordinary paraprofessionals (with good training). They can produce particularly strong outcomes.

Paraprofessionals trained and equipped to provide high-quality small-group tutoring can also continue to help out in traditional ways, such as playground, lunch, and bus duty. Times such as the beginning and end of the day and lunchtime are not conducive to tutoring anyway. But paraprofessionals can make a powerful difference tutoring students who are behind in reading and math during appropriate parts of the day.

I’ve written before about paraprofessionals, reporting on two recent U.K. studies once again showing positive effects of tutoring models led by paraprofessionals in reading and math. I bring up this topic again because I think making effective use of paraprofessionals is an outstanding example of how American education could greatly improve outcomes for children at little cost, using the findings of research and development and taking advantage of resources already in the system.

Paraprofessionals are usually capable and motivated individuals who want to make a difference with children. Many of them have college degrees and some even have teaching certificates (for example, their certifications may be from another state). Some paraprofessionals have more qualifications and skills than others, and these would be particularly suited to roles as tutors.

Paraprofessionals in schools serving many minority students are much more likely than teachers to share their students’ ethnicity and language, and are more likely to live in the neighborhood. Given training in proven tutoring models, software, materials, and respect, paraprofessionals can be a mighty force for good in our schools. 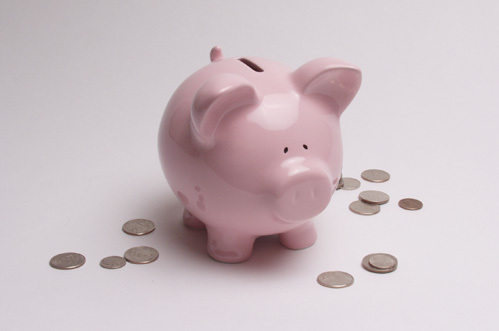 It does not take a political genius to know that for the foreseeable future, American education is not going to be rescued by a grand influx of new money. Certainly in the near term, the slow economic recovery, gridlock in Washington, and other factors mean that the path to substantial improvement in outcomes is going to be paved not with new gold, but with better use of the gold that’s already there.

We already spend a lot of money on education. The task right now is to change how we spend federal, state, and local resources so that more money is spent on programs and practices known to make a difference rather than on investments with zero or unknown impacts on learning. Here are my top six suggestions for how to spend our education resources more effectively. (I’ll go into more details on these in future blogs).

2. Provide incentives for schools and districts to implement programs with strong evidence of effectiveness in formula grants. The big money in federal and state education funding is in formula grants that go to districts and schools based on, for example, levels of poverty, rather than competitive applications. The classic example is Title I. Schools have great freedom in how they use these funds, so how can they be encouraged to use them in more effective ways? The answer is to provide additional incentive funding if schools or districts commit to using proven programs with their allotted formula funds. For example, if schools agree to use a portion of their (formula-driven) Title I funds on a proven program, they may qualify for additional funds (not from the formula pot). This was the idea behind the Obey-Porter Comprehensive School Reform initiative of the late 1990s, which encouraged thousands of Title I schools to adopt whole-school reform models. Cost: This strategy could be done at a cost of perhaps 1% of the current $15 billion annual Title I budget.

3. Offer commitment to proven programs as an alternative to use of value-added teacher evaluation models. A central part of the current administration’s policies is incentivizing states and districts to adopt teacher evaluation plans that combine principal ratings of teachers with value-added scores based on students’ state reading and math tests. This is a required part of Race to the Top in those states that received this funding, and it is a required element of state applications for a waiver of elements of No Child Left Behind.

In practice, current teacher evaluation policies are intended to do two things. First, they insist that schools identify extremely ineffective teachers and help them find other futures. If done fairly and consistently, few oppose this aspect of teacher evaluation. Principals have evaluated teachers and identified those with serious deficits forever, and I am not arguing against continuing this type of evaluation.

The second purpose of the teacher evaluation policies is to improve teaching and learning for all teachers. This is the expensive and contentious part of the policies; in most states it requires a combination of frequent, structured observation by principals and “value-added” assessments of a given teacher’s students. The technical difficulties of both are substantial, and no study has yet shown any benefit to student learning as a result of going through the whole ordeal.

If the goal is better teaching and learning, why not require that all reform approaches meet the same evidence standards? If a school proposes to use a schoolwide strategy that (unlike current teacher evaluation policies) has strong evidence of effectiveness, the school should be permitted, even encouraged, to suspend aspects of the new model as long as it is implementing proven alternatives with fidelity and good outcomes. Cost: Modest, assuming proven programs are similar in cost to the expensive new teacher evaluation strategies.

4. Train and equip paraprofessionals as tutors. The most common expenditure of Title I funds is on paraprofessionals or aides, educators who do not usually have teaching degrees but perform all sorts of functions within schools other than class teaching. Paraprofessionals can be wonderful and capable people, but evidence in the U.S. and U.K. consistently finds that as they are most commonly used, they make little difference in student learning.

Yet there is also extensive evidence that paraprofessionals can be very effective if they are trained to provide well-structured one-to-one or one-to-small group tutoring to students who are struggling in reading and math. Paraprofessionals are a multi-billion dollar army eager and capable of making more of a difference. Let’s empower them to do so. Cost: Minimal (just training and materials).

5. Encourage schools to use Supplemental Educational Services (SES) funding on proven programs. As part of No Child Left Behind, Title I schools had to use substantial portions of their Title I dollars to provide Supplemental Educational Services (SES) to students in schools failing to meet standards. Study after study has found SES to be ineffective, and expenditures on SES are waning, yet they remain as a significant element of Title I funding, even in states with waivers. If districts could be encouraged to use SES funds on programs with evidence of effectiveness in improving achievement (such as training paraprofessionals and teachers to be tutors in reading and/or math), outcomes are sure to improve. Cost: Minimal.

6. Invest in research and development to identify effective uses of universal access to tablets or computers. Despite economic and political hard times, schools everywhere are moving rapidly toward providing universal, all-student access to tablets or computers. There is a lot of talk about blended learning, flipped learning, and so on, but little actual research and development is going on that is likely to identify effective and replicable classroom strategies likely to make good use of these powerful tools. As it has done many times before, American education is about to spend billions on technology without first knowing which applications actually work. Setting aside a tiny percentage of the costs of the hardware and software, we could fund many innovators to create and rigorously evaluate approaches using all-student technology access, before we get stuck on ineffective solutions (again). Cost: modest.

I’m sure there are many more ways we could shift existing funds to advance
American education, but they all come down to one common recommendation: use what works. Collectively, the six strategies I’ve outlined, and others like them, could catapult American education to the top on international comparisons, greatly reduce education gaps, and prepare our students for the demands of a technological economy, all at little or no net cost, if we’re willing to also stop making ineffective investments. Moreover, all of these six prescriptions could be substantially underway in the next two years, during the remainder of the current administration. All could be done by the Department of Education alone, without congressional action. And again, I’m sure that others have many other examples of low-cost and no-cost solutions that I haven’t thought of or haven’t addressed here.

A revolution in American education does not necessarily require money, but it does require courage, leadership, and resolve. Those are resources our nation has in abundance. Let’s put them to work.