In a recent blog, Mike Petrilli, President of the Fordham Institute, floated an interesting idea. Given the large numbers of students in high-poverty schools who finish elementary school far behind, what if we gave them all a second year of second grade? (he calls it “2.5”). This, he says, would give disadvantaged schools another year to catch kids up, without all the shame and fuss of retaining them. 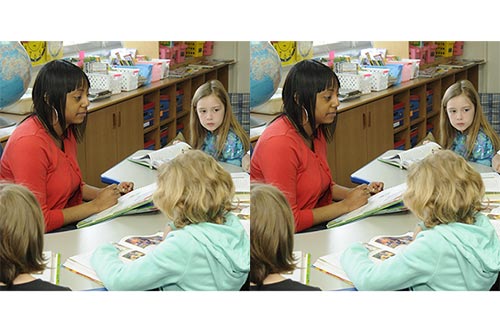 At one level, I love this idea, but not on its merits. One more year of second grade would cost school districts or states the national average per-pupil cost of $11,400. So would I like to have $11,400 more for every child in a school district serving many disadvantaged students? You betcha. But another year of second grade is not in the top hundred things I’d do with it.

What could Maryland’s schools do with a half billion dollars a year?  Actually, I wrote them a plan, arguing that if Maryland were realistically planning to ensure the success of every child on that state tests, they could do it, but it would not be cheap.

What Maryland, or any state, could do with serious money would be to spend it on proven programs, especially for struggling learners. As one example, consider tutoring. The well-known Reading Recovery program, for instance, uses a very well-trained tutor working one-to-one with a struggling first grader for about 16 weeks. The cost was estimated by Hollands et al. (2016) at roughly $4600. So Petrilli’s second grade offer could be traded for about three years of tutoring, not just for struggling first graders, but for every single student in a high-poverty school. And there are much less expensive forms of tutoring. It would be easy to figure out how every single student in, say, Baltimore, could receive tutoring every single year of elementary school using paraprofessionals and small groups for students with less serious problems and one-to-one tutoring for those with more serious problems (see Slavin, Inns, & Pellegrini, 2018).

Our Evidence for ESSA website lists many proven, highly effective approaches in reading and math. These are all ready to go; the only reason that they are not universally used is that they cost money, or so I assume. And not that much money, in the grand scheme of things.

I don’t understand why, even in this thought experiment, Mike Petrili is unwilling to consider the possibility of spending serious money on programs and practices that have actually been proven to work. But in case anyone wants to follow up on his idea, or at least pilot it in Maryland, please mail me $5 billion, and I will make certain that every student in every high-poverty school in the state does in fact reach the end of elementary school performing at or near grade level. Just don’t expect to see double when you check in on our second graders.