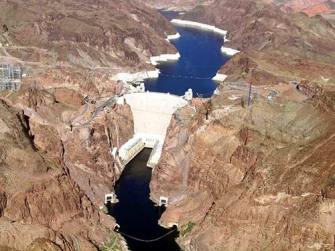 In Nevada, known as the land of big bets, taking risks is what they do. The Nevada State Department of Education (NDE) is showing this in its approach to ESSA evidence standards .  Of course, many states are planning policies to encourage use of programs that meet the ESSA evidence standards, but to my knowledge, no state department of education has taken as proactive a stance in this direction as Nevada.

Under the leadership of their state superintendent, Steve Canavero, Deputy Superintendent Brett Barley, and Director of the Office of Student and School Supports Seng-Dao Keo, Nevada has taken a strong stand: Evidence is essential for our schools, they maintain, because our kids deserve the best programs we can give them.

All states are asked by ESSA to require strong, moderate, or promising programs (defined in the law) for low-achieving schools seeking school improvement funding. Nevada has made it clear to its local districts that it will enforce the federal definitions rigorously, and only approve school improvement funding for schools proposing to implement proven programs appropriate to their needs. The federal ESSA law also provides bonus points on various other applications for federal funding, and Nevada will support these provisions as well.

However, Nevada will go beyond these policies, reasoning that if evidence from rigorous evaluations is good for federal funding, why shouldn’t it be good for state funding too? For example, Nevada will require ESSA-type evidence for its own funding program for very high-poverty schools, and for schools serving many English learners. The state has a reading-by-third-grade initiative that will also require use of programs proven to be effective under the ESSA regulations. For all of the discretionary programs offered by the state, NDE will create lists of ESSA-proven supplementary programs in each area in which evidence exists.

Nevada has even taken on the holy grail: Textbook adoption. It is not politically possible for the state to require that textbooks have rigorous evidence of effectiveness to be considered state approved. As in the past, texts will be state adopted if they align with state standards. However, on the state list of aligned programs, two key pieces of information will be added: the ESSA evidence level and the average effect size. Districts will not be required to take this information into account, but by listing it on the state adoption lists the state leaders hope to alert district leaders to pay attention to the evidence in making their selections of textbooks.

The Nevada focus on evidence takes courage. NDE has been deluged with concern from districts, from vendors, and from providers of professional development services. To each, NDE has made the same response: we need to move our state toward use of programs known to work. This is worth undergoing the difficult changes to new partnerships and new materials, if it provides Nevada’s children better programs, which will translate into better achievement and a chance at a better life. Seng-Dao Keo describes the evidence movement in Nevada as a moral imperative, delivering proven programs to Nevada’s children and then working to see that they are well implemented and actually produce the outcomes Nevada expects.

Perhaps other states are making similar plans. I certainly hope so, but it is heartening to see one state, at least, willing to use the ESSA standards as they were intended to be used, as a rationale for state and local educators not just to meet federal mandates, but to move toward use of proven programs. If other states also do this, it could drive publishers, software producers, and providers of professional development to invest in innovation and rigorous evaluation of promising approaches, as it increases use of approaches known to be effective now.

NDE is not just rolling the dice and hoping for the best. It is actively educating its district and school leaders on the benefits of evidence-based reform, and helping them make wise choices. With a proper focus on assessments of needs, facilitating access to information, and assistance with ensuring high quality implementation, really promoting use of proven programs should be more like Nevada’s Hoover Dam: A sure thing.