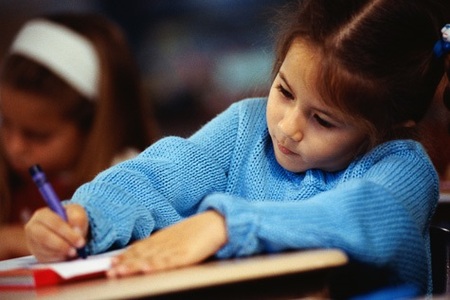 I just read a very interesting book, Improvement by Design: The Promise of Better Schools, by David Cohen, Donald Peurach, Joshua Glazer, Karen Gates, and Simona Goldin. From 1996 to 2008, researchers originally at the University of Michigan studied three of the largest comprehensive school reform models of the time: America’s Choice (AC), Accelerated Schools Plus (ASP), and our own Success for All (SFA). A portion of the study, led by Brian Rowan, compared 115 elementary schools using one of these models to a matched control group and to each other. The quantitative study found that Success for All had strong impacts on reading achievement by third grade, America’s Choice had strong impacts on writing, and there were few impacts of Accelerated Schools Plus.

Improvement by Design tells a different story, based on qualitative studies of the three organizations over a very long time period. Despite sharp differences between the models, all of the organizations had to face a common set of challenges: creating viable models and organizations to support them, dealing with rapid scale-up through the 1990s (especially during the time period from 1997 to 2002 when Obey-Porter Comprehensive School Reform funding was made available to schools), and then managing catastrophe when the George W. Bush Administration ended comprehensive school reform.

The book is straightforward history, comparing and contrasting these substantial reform efforts, and does not directly draw policy conclusions. However, there is much in it that does have direct policy consequences. These are my conclusions, not the authors’, but I think they are consistent with the history.

1. Large-scale change that dramatically changes daily teaching is difficult but not impossible in high-poverty schools. All three models have worked in hundreds of schools, as have several other whole-school reform models.

2. Providing general principles and then leaving schools to create the details for themselves is not a successful strategy. This is what Accelerated Schools Plus tried to do, and the Michigan study not only found that ASP failed to change student outcomes, but also that it failed to have much observable impact on teaching, in contrast to AC and SFA.

3. What (2) implies is that if whole-school “improvement by design” is to succeed in the thousands of Title I schools that need it, large, well-managed, and well-capitalized organizations are necessary to provide high-quality and very specific training, coaching, and materials to implement proven models.

4. Federal policies (at least) need to be consistently hospitable to an environment in which schools and districts are choosing among many proven whole-school models. For example, federal requests for proposals might have a few competitive preference points for schools proposing to use whole-school reform models with strong evidence of effectiveness. This would signal an invitation to adopt such models without forcing schools to do so and risking extensive pushback. Further, federal policies promoting use of proven whole-school models should remain in effect for an extended period. Turmoil introduced by changing federal support for whole-school reform was very damaging to earlier efforts.

Improvement by Design provides a tantalizing glimpse of what could be possible in a system that encourages a diversity of proven, whole-school options to high-poverty schools. This approach to reform has many obstacles to overcome, of course. But for what approach radical enough and scalable enough to potentially reform American education would this not be true?